Connecting and Supporting Men and Women in Business

Uploading a video to Twitter is super easy to do. You don't need a special app and the only thing you do need is a short video and it needs to be in an MP4 format!

It use to be that the only way to upload a video right into Twitter was through mobile...that sucked for us nonmobile people (I know i am the only one left). For a good while now Twitter has allowed video uploads from desktop, but a lot of people still don't know that...so here ya are...informed!

So why is being able to upload fro your PC so great, it means you don't have to point the camera at yourself and just have a "now" video. With the PC option, you can make a video in your editor and then upload a teaser for a new YouTube Video. Maybe do a time lapse or stop motion quick video...do something to stand out from your competition!!!!!!

Now since I mentioned a teaser video, I guess I should show you one of ours that is just the first few seconds of a video we had coming soon.

Checkout this tweet on RCUWomen with a Twitter video that was uploaded the same way as on the above how to video - https://twitter.com/rcuwomen/status/689282332847558656

So, are you going to give Twitter video a try? 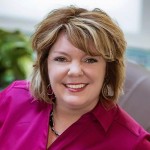 Genius idea for us to do promo videos on Twitter and Facebook for upcoming videos and series. I hope that as our audience continues to grow that we see even more interaction on these.

Users browsing this forum: No registered users and 1 guest